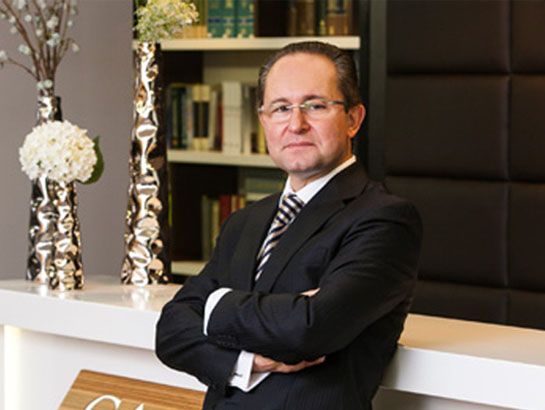 Miguel Caamaño is Professor of Tax Law at the University of La Coruña (Spain) and a practising lawyer (European Lawyer License, Partner and Director of the firm CCS Abogados y Asesores de empresa and “Recognised practitionner” (2015) and “Noted practitionner”(2016 and 2017) in Tax Area by ranking Chambers).

Miguel Caamaño has been a member of research and/or work groups in the Italian Universities of Pavia (1992) and Bologna (1998), in Paris XII, Saint Maure (1995) in Harvard Law School (2000), in the International Boureau of Fiscal Documentation (Amsterdam) (2002), in the Miami Law School (2013) and in the Robert Burch Center, School of Economics, Berkely University (2015).

M.C. has participated as a speaker at over a hundred national and international seminars, forums and congresses. He has been the supervisor of a number of Doctoral thesis, he is the author of 13 books, dealing with both national and Community tax law, and the author of over 200 scholarly articles, published in specialised journals, both Spanish and foreign, and in collective works.

Currently, Caamaño combines his teaching and professional responsibilities with those of consultant in Tax Innovation SL (www.taxinnova.com), of which he is a founding partner, working with various governments and subnational public administrations (States, State Departments and Municipalities) of Latin America, which are undergoing processes of redefinition of their tax systems, increase in efficiency and modernisation of Tax Authorities, public revenue management and the fight against fraud.